Your Guide to Understanding Dabbing and Why it’s so Dangerous

Serious changes happened when medical marijuana became legal in most parts of the United States. First of all, a shift in societal thinking came about. Suddenly, recreational use became more socially acceptable. There’s much less of a stigma attached to marijuana use than there was a decade ago. As a result, most Americans are in favor of an open marijuana market – or at least they’re not as opposed to it as they once were. While good and positive for many reasons, that societal shift came at a price – a mass misunderstanding of the dangers of marijuana and dabbing. Can you imagine that once-upon-a-time marijuana was a vilified substance? Known as the “gateway drug,” it’s generally believed that it can lead you to taking harder, more serious drugs. After all, most people begin their entry into the world of drugs with a hit off a joint. While “bud” is most widely known in its simplest form, new boutique forms of the substance called “dabs” have made their way onto the scene in recent months and years. Dabs are especially popular now, but, what are they and why are they so dangerous? 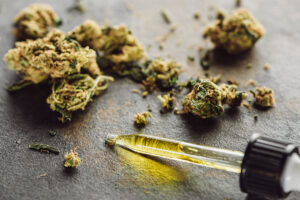 Dabs are a way to consume cannabis allowing the user to get very, very high. The method for making dabs is simple. Cannabis is burned at a high temperature, converting the substance into a highly potent THC. Tetrahydrocannabinol or THC is the active component of marijuana that gives users a “high.” Many forms of dab are popular now, but one of the most popular (and heavily marketed) is “shatter,” which gets its name from its hard and brittle appearance. The substance resembles a honey-hued toffee and contains 50% to 90% THC. The presence of that much THC means users get very high when they consume it. Think about it this way: a regular marijuana joint contains only about 5% to 25% THC. While dabbing may give users a better bang for their buck, it also comes with a higher likelihood for addiction and abuse. Young people all over the country are dabbing in record numbers. Older people likely remember bong hits and drags off of a joint – but dabbing is something different entirely. The younger generation is getting much higher much earlier than previous generations – all thanks to this new, highly concentrated substance.

The thing is, dabbing isn’t an entirely new concept. Concentrated substances have been all the rage for generations. Hashish is a great example of a crude form of dabbing. With hash, small balls of highly concentrated marijuana are smoked out of an open bottle, resulting in a more potent high for users. The effects of hashish are seen faster and the high is more strong. A stronger and faster high are the qualities many young dabbers are looking for – the immediacy of action and intensified effects are sought after. Dabbers say they experience euphoria and pain relief from the substance – and that’s happening in a quicker and more deep way than they’d experience with a plain marijuana joint.

Dabs are super-concentrated forms of marijuana, but not all dabs are the same. There are different names for different dabs, which provide some indication of the concentrate in the substance. Dabs are also different in appearance and have their own distinctive properties.

According to cannabis aficionados, the cleanest and purest of the dabs is shatter, which we delved into a bit above. Shatter is also the most potent dab, with a possible 90% THC concentration.

While shatter is the most popular, dab wax is pretty similar in property. Though, it is less potent and less pure. Shatter has a nearly transparent honey-like hue, while dab wax is more opaque and more soft to the touch. The oils, like cannabis oil and hash oil are more potent than simple marijuana buds, but still less potent than dab.

What are the Side Effects of Dabbing? 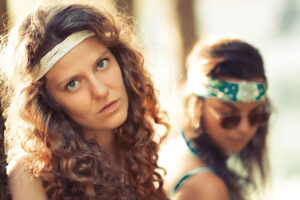 What are the Symptoms of Withdrawal (from Dabbing)?

If you want to stop dabbing, you may experience some symptoms of withdrawal. The amount of withdrawal you experience is dependent on how long you’ve been dabbing and how much you’ve been using. The timeline for shatter withdrawal is similar to marijuana and other dabs, with symptoms not usually lasting past a month. The exact severity of symptoms is different for every single person – but, again, dabbing withdrawal will be more potent and extended than marijuana withdrawal.

Because dabbing causes your brain’s cannabinoid receptors to change, your mind begins to rely on THC in order to feel relaxed and calm. Your body gets used to relying on the substance to feel ok. Soon your central nervous system is impacted and quitting becomes harder and harder.

What is the Treatment for Shatter and Dabbing Addiction?

The treatment for shatter or dabbing dependency depends on your exact situation. Because these substances are highly potent, they’re is an increased likelihood of addiction and dependence. When you decide to quit it might be a lot harder than you thought. Whatever caused you to dab in the first place, treatment is very effective for those that want to stop. You can learn to live without dabbing. Treatment plans include psychotherapy, group therapy, and more.

Virtual Treatment Center: Who Are We?

At Virtual Treatment Center, we believe quality addiction recovery and mental health services should be easily accessible to those that want or need them, because ease of accessibility is what most often leads to success. That’s why we’re committed to providing top-tier virtual mental health teletherapy and addiction recovery services to all residents of California. Although we’re located in Orange County, our online teletherapy can be accessed throughout the state. In addition to providing addiction recovery services, we treat a variety of mental health issues and offer Cognitive Behavioral Therapy (CBT),Dialectical Behavior Therapy (DBT) and Rational Emotive Behavioral Therapy (REBT). Our teletherapy sessions are done via two-way, live interactive video or by telephone. Therapeutic visits are conducted on Zoom most often, or on other virtual platforms that adhere to HIPAA compliance requirements.

THIS WEBSITE DOES NOT PROVIDE MEDICAL ADVICE.
The information contained on this website is not intended to be a substitute for, or to be relied upon as, medical advice, diagnosis, or treatment.
This website is for informational purposes only. Always seek the advice of your physician or other qualified health provider with any questions you may have regarding a medical condition.